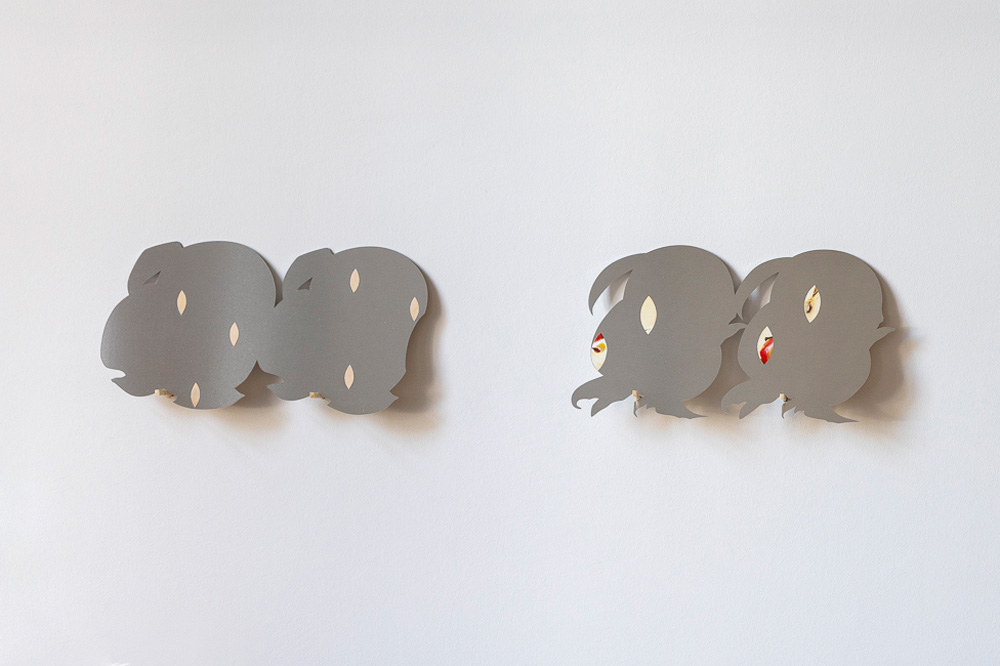 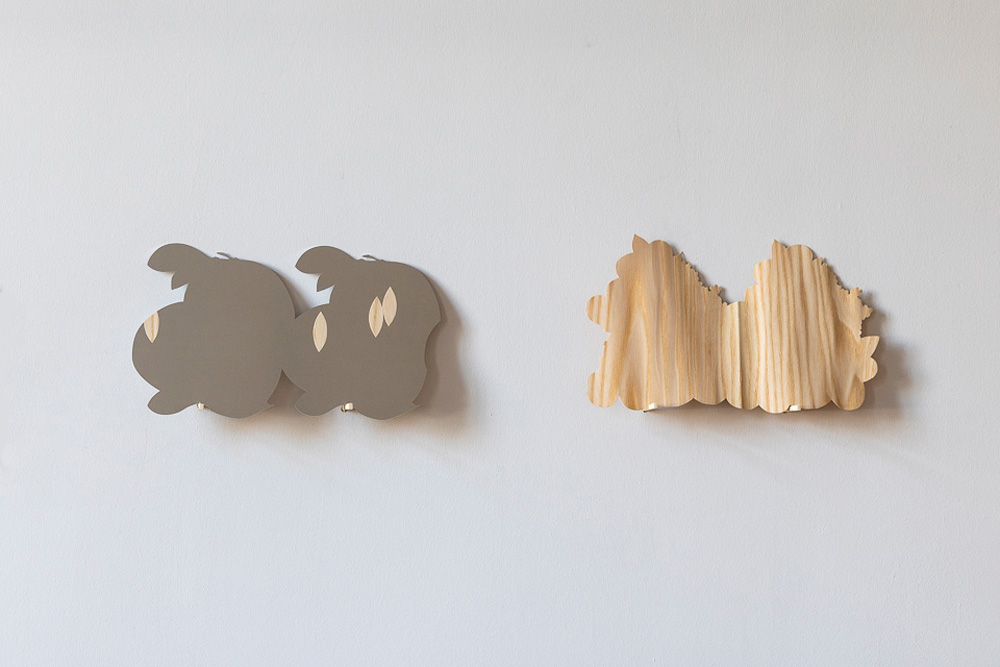 The exhibited works of Tünde Mézes deal with packaging and garbage, and, on a base level, surfaces. They are characterized by technical diversity due to the fact that the medium is chosen in accordance with the concept of the work. This brings together a piece created with a traditional graphic printing process, a ready-made, and a laser-cut aluminum plate – ultimately, all three of them deal with the same subject.

“I observe how the artificial visual elements in our environment influence our image of the world, and how deeply we can see things beyond our perception of surfaces.

In this context, my work entitled Shell illustrates that the events of earthly life actually occur on a surface, a sphere. By cutting up and laying out a water toy originally intended for kids, I create a surprisingly accurate but almost useless map, an object deprived of its original purpose.

On the other hand, my series called Core deals with an absolutely ordinary and insignificant thing, the packaging of fruit juices. In this case, too, I intend to try to focus attention on some substance, the seeds of the fruit. I depict the seeds similar to Sherrie Levine’s Knot paintings. In her series, Levine emphasizes the wood replacements used to correct the defects (traces of knots and branches) on a plywood sheet.

Rainbow is an exact replica of a discarded bike box found in Japan. The carrier is a plywood sheet cut out according to the pattern of the box. The duplication was motivated by an excess of meaning unintentionally invoked by the original packaging, which is exacerbated by copying it and changing its context.” 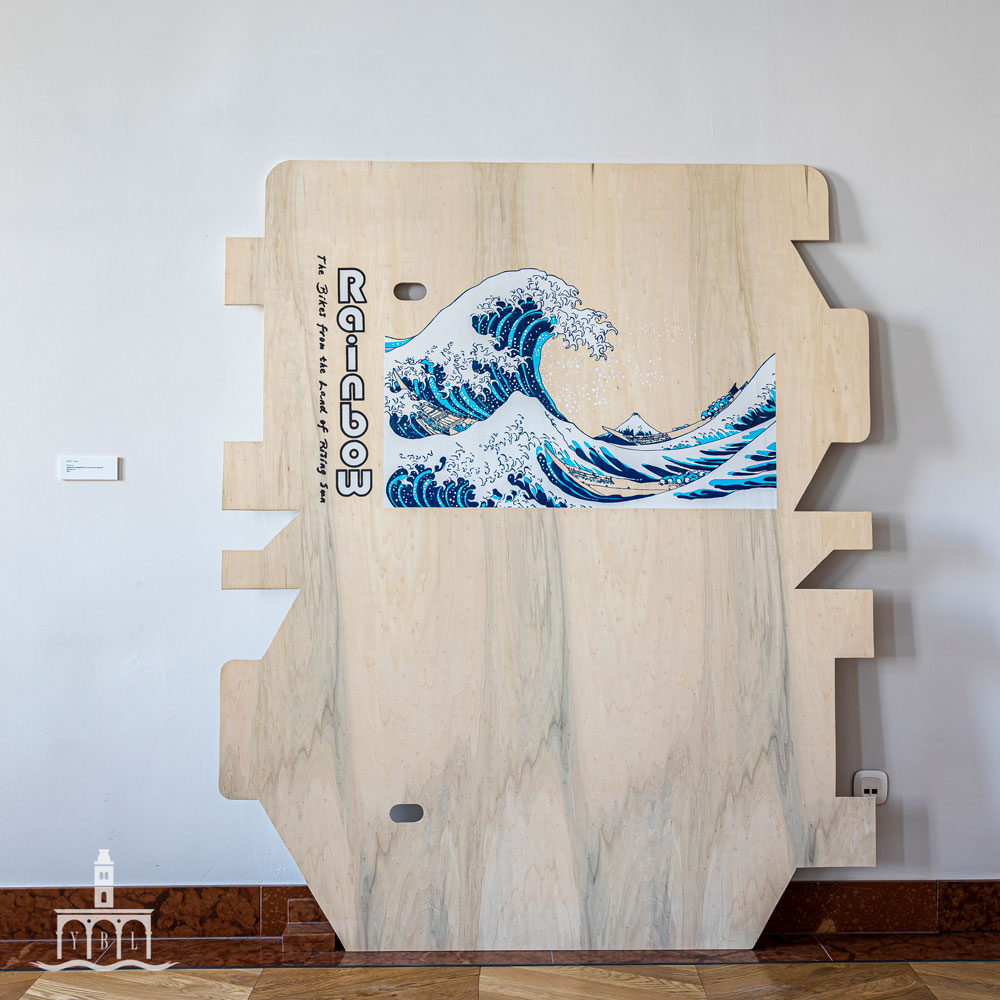